When this little boy picks up his drumsticks, everything stops. Because what comes next will leave you stunned and in awe.  Meet Raghav Mehrotra, who has probably been playing the drums longer than he has actually walked. He started his career as a drummer at the age of three on a tom-tom. As a toddler he experimented and played along with music CDs. Within six months he had graduated to a mini drum set and started lessons with Daniel Johnson, who teaches percussion in Hopewell, NJ. 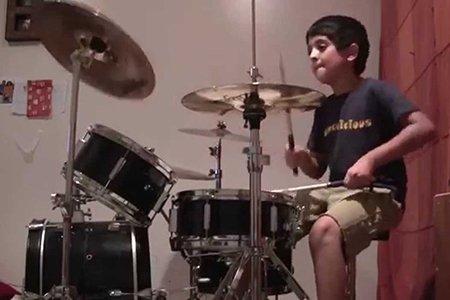 At the age of four his parents uploaded a video of him drumming on Oprah’s website. He kept getting better and his teacher Daniel Johnson said that when they performed on stage he realised that Raghav was actually his own musical peer. high praise indeed for someone that young. And why not? If you visit his channel on YouTube named Raghav Drummer, you can witness the magic unfold. In 2010 Raghav joined the School of Rock Princeton to further his love and talent for rock ‘n’ roll drumming and he has never looked back. 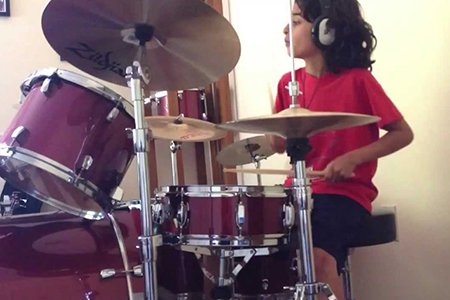 Have you heard of a famous movie called Whiplash? It’s a crazy movie about drumming and an experience through and through. This little boy has learnt one of the toughest scores from the movie. And he has done so by ear, as admitted by him in response to a request posted by someone for sheet music.

At 11 years old he has caught the attention of A.R. Rahman who recently shared one of his videos and focused the limelight on this boy with a rare gift for rocking the best beats out of a set of drums. Read the comments on the video of the What About Me cover, they tell their own little story.

We wish all the best to Raghav and we cannot wait to see what he keeps achieving as he grows older and older.